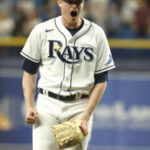 The Rays announced Friday afternoon they’ve signed reliever Pete Fairbanks to a three-year extension with a 2026 club option. The deal buys out his three remaining seasons of arbitration eligibility, while the club option covers what would’ve been his first free-agent season. Fairbanks, a client of Republik Sports, is reportedly guaranteed $12MM over the next three seasons … END_OF_DOCUMENT_TOKEN_TO_BE_REPLACED 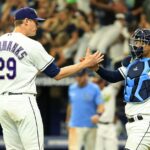 Photo by Mike Ehrmann/Getty Images This pleases both Pete and the Rays The Rays continue to work towards both rewarding and securing their core players. Pete Fairbanks and the Rays today agreed to a 3-year contract extension, with a club option for a 4th year. Reliever Pete Fairbanks and the Tampa Bay Rays are in agreement on a three-year, $12 million contract … END_OF_DOCUMENT_TOKEN_TO_BE_REPLACED 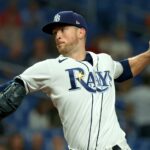 Photo by Mike Ehrmann/Getty Images No Springs Chicken In a somewhat surprising move, the Tampa Bay Rays announced they signed left-handed starting pitcher Jeffrey Springs to a four-year deal: $31 million contract through the 2026 season, and includes a $15 million club option for the 2027 season. The contract can max out at $65.75 million if innings pitched incentives … END_OF_DOCUMENT_TOKEN_TO_BE_REPLACED 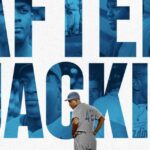 To kickoff Black History Month, the Rays are screening the film After Jackie on Thursday, February 2 at 7 p.m. at the Tampa Theatre. The Tampa Bay Rays are sponsoring a free community screening of the UNINTERRUPTED film, After Jackie, at Tampa Theatre on Thursday, February 2 at 7 p.m. Released in 2022, during the 75th anniversary year of Jackie Robinson becoming the first … END_OF_DOCUMENT_TOKEN_TO_BE_REPLACED

The Rays are signing reliever Jaime Schultz to a minor league deal, tweets Marc Topkin of the Tampa Bay Times. He’ll be in big league camp as a non-roster invitee. Schultz has plenty of familiarity with the Tampa Bay organization. He began his professional career as a Rays draftee in 2013. Within a few seasons, he garnered some prospect attention as a potential high-leverage … END_OF_DOCUMENT_TOKEN_TO_BE_REPLACED