You’re not supposed to win games like the Tampa Bay Buccaneers did Thursday night.

You’re not supposed to turn the ball over four times, only take it away once, and still win.

You’re not supposed to have 11 penalties for over 100 yards and still win.

You’re not supposed to get dominated in time of possession, give up 400 yards passing, lose a starting cornerback for most of the game, lose the lead with under two minutes to go, burn your final timeout on a false start to avoid a 10-second run-off on your final drive . . . and still win.

Just how rare is it to pull off what the Bucs just did?

Thankfully for the defending champions, they have Tom Brady for a quarterback, and Ryan Succop for a kicker.

The GOAT engineered one of his legendary fourth-quarter comeback wins, and the first reliable kicker the Bucs have had since Martin Gramatica was leaping for joy after every extra point drilled the game-winner in the final seconds.

The defending Super Bowl champs made plenty of mistakes on both sides of the ball, and there are a million reasons why they should have lost Thursday night. There was critical drops, a Chris Godwin fumble just inches away from a touchdown that would have given them a two-score lead in the fourth quarter, and a defensive game plan that featured way too much soft coverage.

And still, when Brady gave this look on the sidelines after the Cowboys made a go-head field goal with 1:24 left in the game, we all knew that none of that was going to matter:

The Bucs have plenty to fix, but they’re still 1-0. It should be encouraging to Tampa Bay fans that even when your team makes that many mistakes, they can still beat one of the better teams in the league. 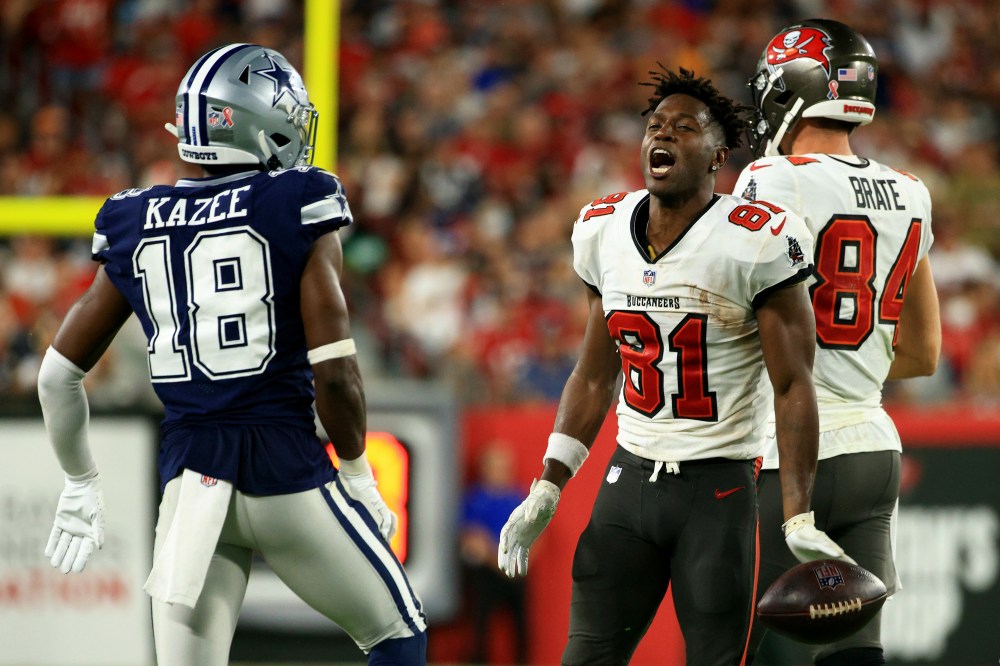