Sources: The #Steelers and star pass-rusher TJ Watt have a mega-deal. He’s going to sign a 4-year extension worth more than $112M — $28.003M average per year — with $80M fully guaranteed at signing. The highest paid defensive player in football.

The Pittsburgh Steelers just made outside linebacker T.J. Watt the highest-paid defensive player in the NFL, agreeing to a new four-year extension, per multiple reports Thursday.

The new deal is worth more than $112 million, just over $28 million per year, with $80 million fully guaranteed at signing (per NFL Network’s Ian Rapoport).

Watt is obviously deserving of his huge payday, considering the consistent production he’s put up since the Steelers drafted him in the first round back in 2017.

It also puts in perspective the four-year extension Shaq Barrett signed with the Tampa Bay Buccaneers this offseason, and what a bargain the Bucs are getting for another one of the league’s most dynamic edge defenders.

Barrett’s deal is worth up to $72 million, with $36 million guaranteed, giving the 2019 NFL sack champ an average annual salary of $18 million after playing the 2020 season on the one-year franchise tender.

Watt leads the NFL with 29.5 sacks over the past two seasons, but Barrett is right behind him at No. 2 with 27.5. Barrett proved throughout the playoffs, and in Tampa Bay’s dominant win in Super Bowl LV, how easily he can take over a game as a pass rusher.

Barrett made it clear throughout last season that he wanted a long-term deal to remain in Tampa Bay. Based on the money Watt just got from the Steelers, it sure looks like he took one heck of a discount to do just that and chase another Super Bowl ring.

NFL power rankings, Week 1: Are the Bucs still on top of the league? 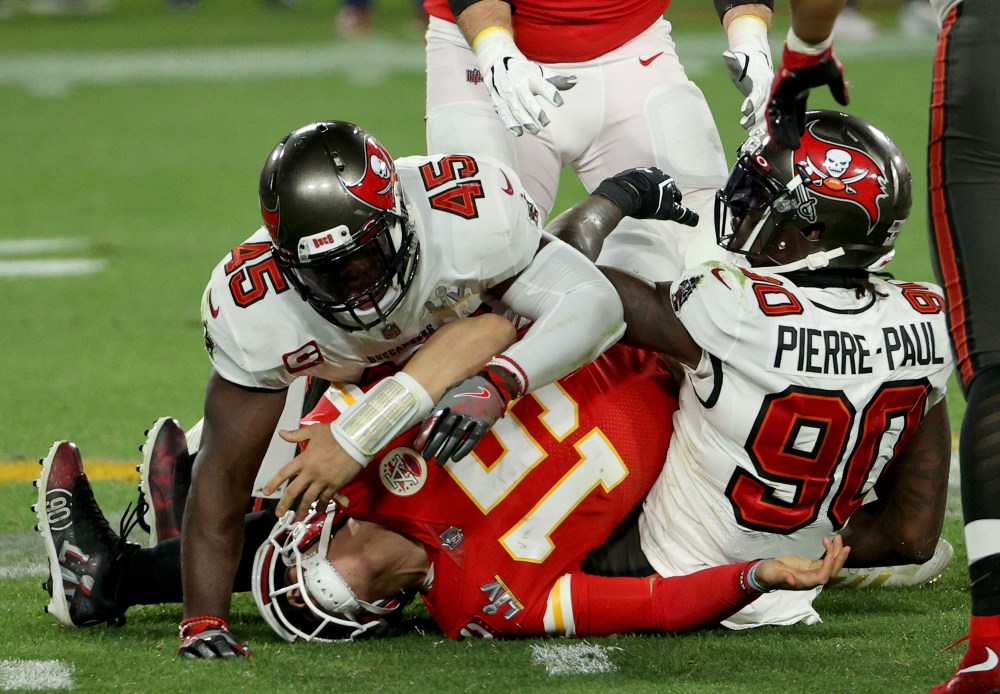