The Tampa Bay Buccaneers have arguably the best group of wide receivers in the NFL, led by a potential future Hall of Famer in Mike Evans.

Evans has been putting up big numbers on a consistent basis throughout his career in Tampa Bay, but finally got his first taste of playoff football with last year’s epic Super Bowl run.

Heading into the 2021 season, Evans is leading by example as the Bucs try to repeat as Super Bowl champs this year.

“I think it’s his mindset,” Bucs wide receivers coach Kevin Garver said Wednesday. “When I first got here and met Mike, he wanted to win. That’s everything I heard about him before I got here. I think just tasting that and being able to experience that, I think it drives him even more. He came into camp the best I’ve seen him. This is year three for me (with Mike). For sure, [he is] getting after it every day. Really hasn’t had a day off so I’m proud of Mike and where he’s at right now. Just really excited to see him get started with the season.”

Along with fellow veterans Chris Godwin and Antonio Brown, Evans is setting the tone for the younger pass-catchers on the team.

“Really from all of the guys and all the vets in my room – Chris [Godwin], Mike, A.B. (Antonio Brown),” Garver said. “I think they do a great job of bringing the energy in their own way. You’re not going to hear Chris –he’s not going to talk. He’s quiet, you guys have been around him. Just the way he practices and goes about his business, the way he makes a catch – it energizes people. You might hear A.B. a little bit more, but that’s the way he’s going to energize you. Definitely all of those guys, I commend them. I think they’ve done a phenomenal job in our room with really helping the younger guys. Helping Jaelon [Darden] and some of those other younger guys that maybe haven’t played as much. They’ve done a really good job with them.”

Evans, Godwin and Brown are all No. 1-caliber receivers, and there’s plenty of young talent in this group, as well. Scotty Miller and Tyler Johnson both made big plays in key moments throughout last season, and the Bucs traded up in the fourth round of the 2021 NFL draft for another explosive playmaker in Jaelon Darden.

Tom Brady won’t have to worry about having enough weapons this year, and he won’t have to remind them of the high bar they set with last year’s success, with Evans leading the way. 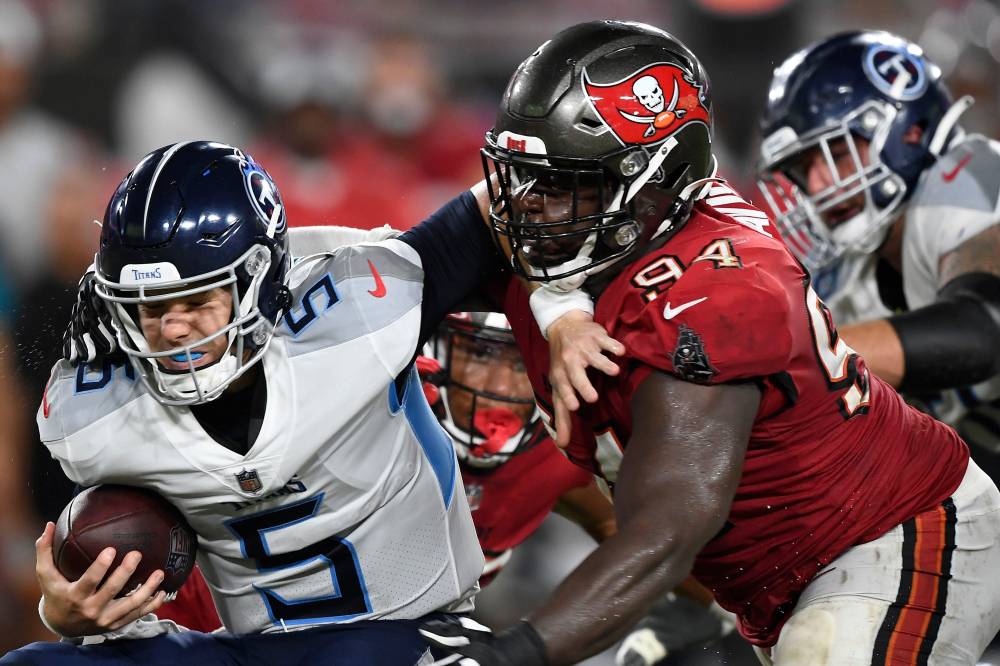