Tom Brady‘s Tampa Bay arrival led to the Buccaneers adding two All-Decade-teamers last year, with Rob Gronkowski and Antonio Brown joining the future Hall of Fame quarterback with his new team. But Brady had another high-profile veteran in mind as well. 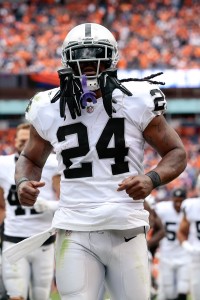 During a December interview with Conan O’Brien, Marshawn Lynch said he spoke with multiple teams about another NFL comeback last year. The Bucs were one of them. Lynch said, during a Sports Nation appearance on ESPN+ (via JoeBucsFan.com), he spoke with the Bucs about continuing his career. Lynch indicated he and Brady discussed a possible Bucs agreement.

Lynch did not play last season, and it does not sound like the All-Decade running back will continue his career. Although the Seahawks signed him late in the 2019 season, Lynch said he is not currently in condition to come back to the NFL.

The five-time Pro Bowler returned to play in three Seahawks games at age 33. While the power back did not gain many yards, he managed to score four touchdowns — one in Week 17 of that season and three in two Seattle playoff games — in his second NFL comeback. The Bucs have a backfield full of veterans at present, having re-signed Leonard Fournette and added Giovani Bernard. One season remains on Ronald Jones‘ rookie contract.