The Tampa Bay Buccaneers are already returning their entire starting lineup from last year’s Super Bowl team, but there’s still one key role player who has yet to be re-signed for the 2021 season.

Wide receiver Antonio Brown remains unsigned, and earlier reports during free agency have suggested that he and the Bucs “aren’t close” on the financial side of their discussions regarding his potential return.

Where could Brown go if he can’t get the number he wants from Tampa Bay? The Seattle Seahawks, a team that was in the mix for him when he became available last year.

Per ESPN’s Jeremy Fowler (via Bleacher Report), Russell Wilson would still love to add Brown to his already talented group of offensive weapons:

I’m told they’re still building around Russell Wilson here. They’re still trying to find him capable pieces to try to bridge some of that frustration he had with building a contender. They got guard Gabe Jackson, they got tight end Gerald Everrett. Now I’m told they’re looking around for potential No. 3 receiver help behind D.K. Metcalf and Tyler Lockett, who just signed a massive extension. One name to watch is Marquise Goodwin. The speedster, he’s got that world-class speed. He is now a free agent. I’m told they’ve at least put a feeler out in that area. They looked at Willie Snead and Sammy Watkins before they signed in free agency. So, they want to flesh out pass-catching options for Russell Wilson and look, we know Wilson loves Antonio Brown. He would like to have him on that team. They haven’t made any major moves there yet, but if this goes into the spring and summer and Brown is still unsigned with the Bucs, I could see Seattle swooping in there.

The Bucs don’t have much cap space left, so if Brown wants any kind of lucrative deal, he’ll probably have to go elsewhere to find it. Tampa Bay also has plenty of promising talent behind Mike Evans and Chris Godwin at wide receiver, and would likely be perfectly happy going into 2021 with young pass-catchers like Scotty Miller and Tyler Johnson backing up their two Pro Bowlers. 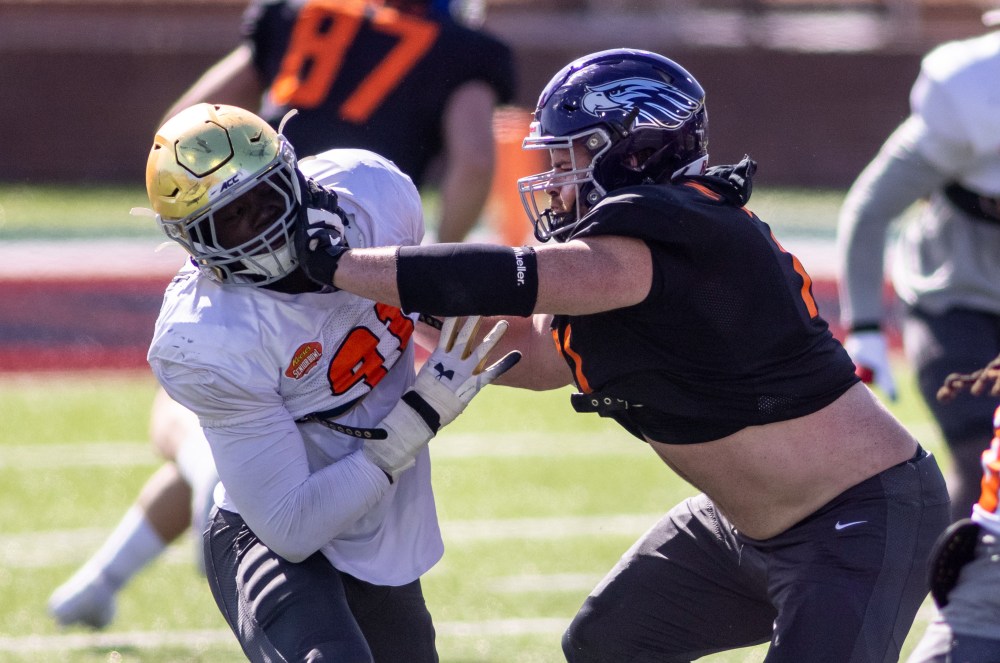